50th Years Of Priestly Ordination Of His Eminence Cardinal Coutts 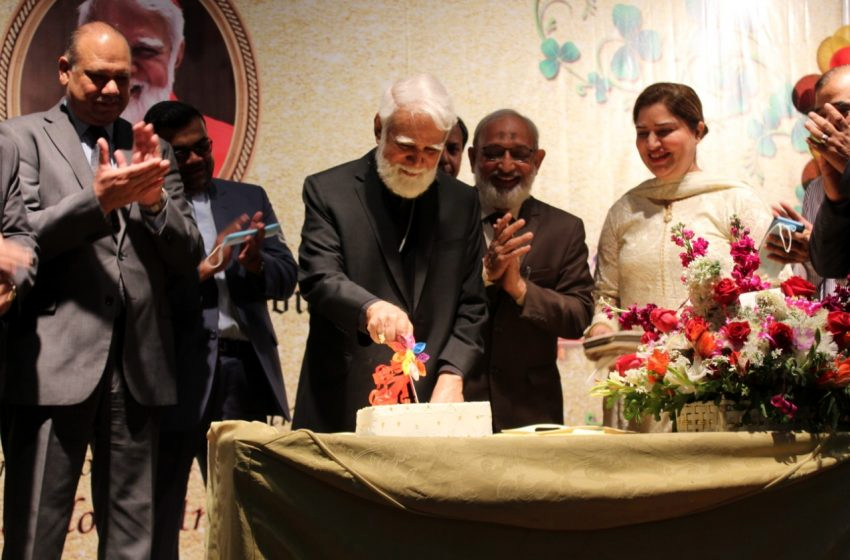 
The Archdiocese of Karachi was separated from the Archdiocese of Bombay, it was erected into a diocese on the 28th May 1948, and two years later it was raised to the status of an Archdiocese. The Catholic Board of Education (CBE) established on 11th July 1961, is a legal body that manages educational institutions belonging to the Roman Catholic Archdiocese of Karachi. Its purpose is to define a common policy, frame rules & regulations for the staff, employees and school management, coordinate holidays, syllabi and textbooks. The CBE also serves as a co-ordination office of information and advice. There are 58 institutions affiliated with the CBE, 19 English Medium Schools, 2 Nurseries, 36 Urdu Medium Schools and 2 Colleges. Among the English Medium Schools there are 1 Technical School, 2 Primary Schools and 18 High Schools and Among the Urdu Medium Schools, there are 19 Primary / Lower Secondary and 16 High Schools and 1 Higher Secondary School. Under the direction of the His Grace Archbishop Joseph Coutts (President) CBE works through the Board of Governors, Standing Committees of the board (Executive, Academic and Finance), and the General Body. The General Body CBE, in addition to the members of the Board of Governors and the Standing Committee it also includes Principals/ Heads and Administrators of our Institutions. The Institutions of the Catholic Board of Education are registered with the Directorate of Education, Government of Sindh. Therefore all policies with regard to Education given by the government are followed by the CBE. The schools of the diocese have to comply with all the government rules and regulations, and from time to time there is inspection by the government officials.

To prepare the young people of Karachi with the knowledge, skills and values for life, work and responsible citizenship inspired by Catholic ethos.

The mission of the Catholic Board of Education Karachi, is to provide quality education to all irrespective of creed, caste ethnicity, gender and class. To promote holistic education: intellectual, social, spiritual and physical in a safe, nurturing and intellectually stimulating environment ,underpinned by Christian values while teaching respect for other religions.


The following are the objectives of the Catholic Board of Education, Archdiocese of Karachi.